mRNA: since the start of the coronavirus vaccination campaigns, these four letters have gone all around the world and are on everyone's lips. Developed by the Moderna and Pfizer-BioNTech laboratories, messenger RNA vaccines raise as many hopes as questions, amplified by the media and social networks. So what do we currently know about them?

1. What is messenger RNA?

We all know DNA (deoxyribonucleic acid): organized in chromosomes in the nucleus of each of our cells, it forms our genetic ID and is the blueprint for the manufacture and functioning of our body.

The factory that creates the proteins we need - called the ribosome - is located outside the nucleus, in the cell body. When a protein needs to be made, the DNA doesn't move! It stays in the nucleus and sends a photocopy of the instructional code to the cell body: the messenger RNA.

The messenger RNA is therefore a copy of a fragment of DNA.

2. How do vaccines work?

Most vaccines contain an inactive piece of an organism (virus or bacteria) that the body recognizes as foreign (not part of the self). The immune system will then defend itself against this foreign agent by producing white blood cells and antibodies. Then, when the organism comes into contact with the real microbe, the immune system and its cells and antibodies are already prepared to defend themselves!

3. How do messenger RNA vaccines work?

They are based on the same principle as traditional vaccines. However, rather than a piece of inactivated microbe, they contain its instructional code in the form of messenger RNA. Ribosomes read this RNA and make the corresponding protein. The immune system recognizes this protein as foreign and develops the corresponding antibodies. 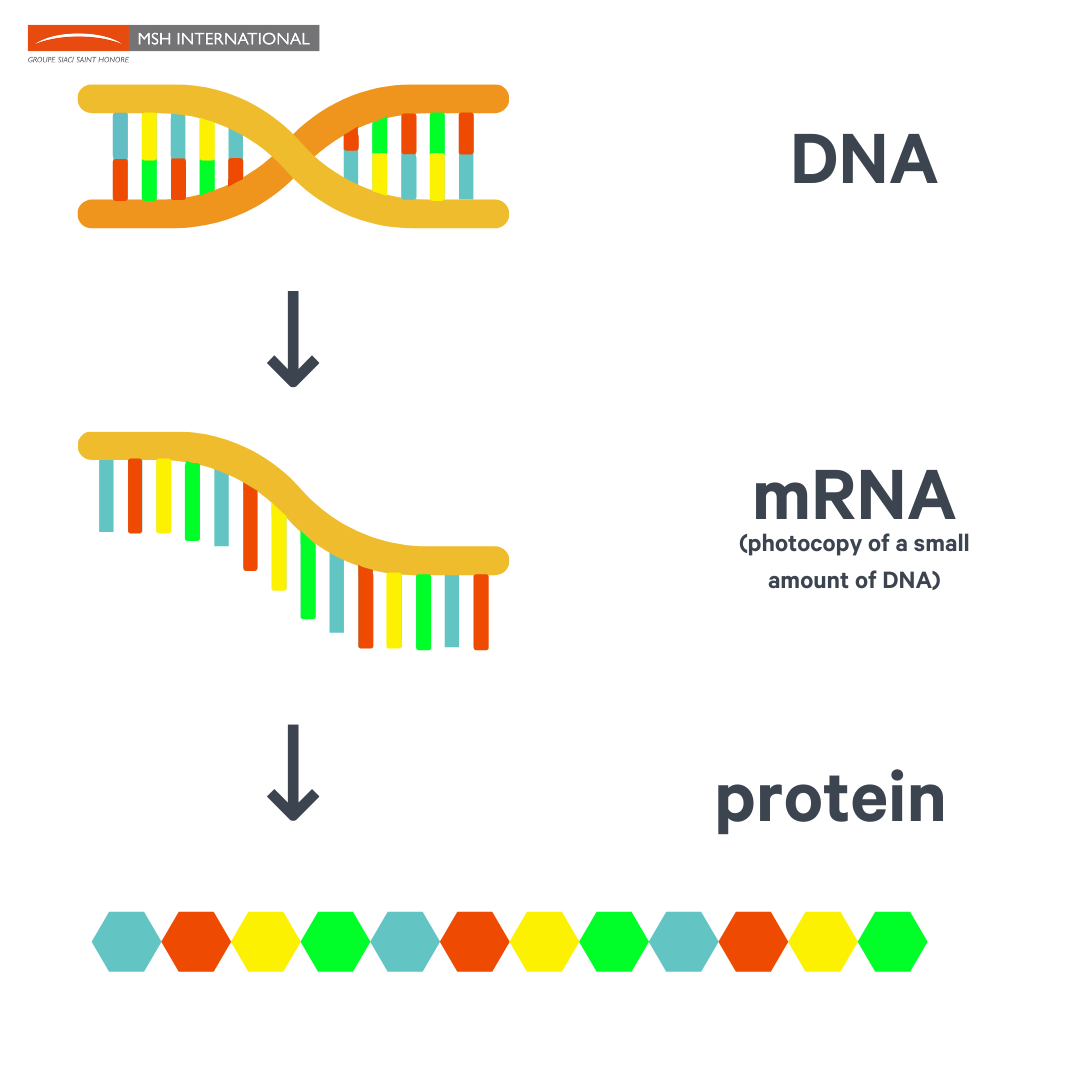 4. Has the development of mRNA vaccines been too rapid?

This question comes up frequently. The truth is that researchers began working on messenger RNA vaccines in the early 1990s.

After years of development and improvement, they launched the first trials:

In addition, researchers have known about the coronavirus family since 1965. The SARS-COV2 virus, responsible for COVID, is the cousin of SARS-COV1, which caused the severe acute respiratory syndrome SARS in 2003. With the arrival of the epidemic, laboratories resurrected the vaccine work they had begun at that time and got to work immediately.

An unprecedented worldwide mobilization of countries, laboratories and researchers has made it possible to release considerable technical, human and financial resources (the EU, for example, has invested 2.15 billion euros), accelerating all stages of development. Instead of conducting clinical trials sequentially (one step after the other), these studies were conducted in parallel, almost simultaneously, saving precious time. Finally, the national agencies responsible for marketing authorization accelerated the administrative process from three years to a few weeks. 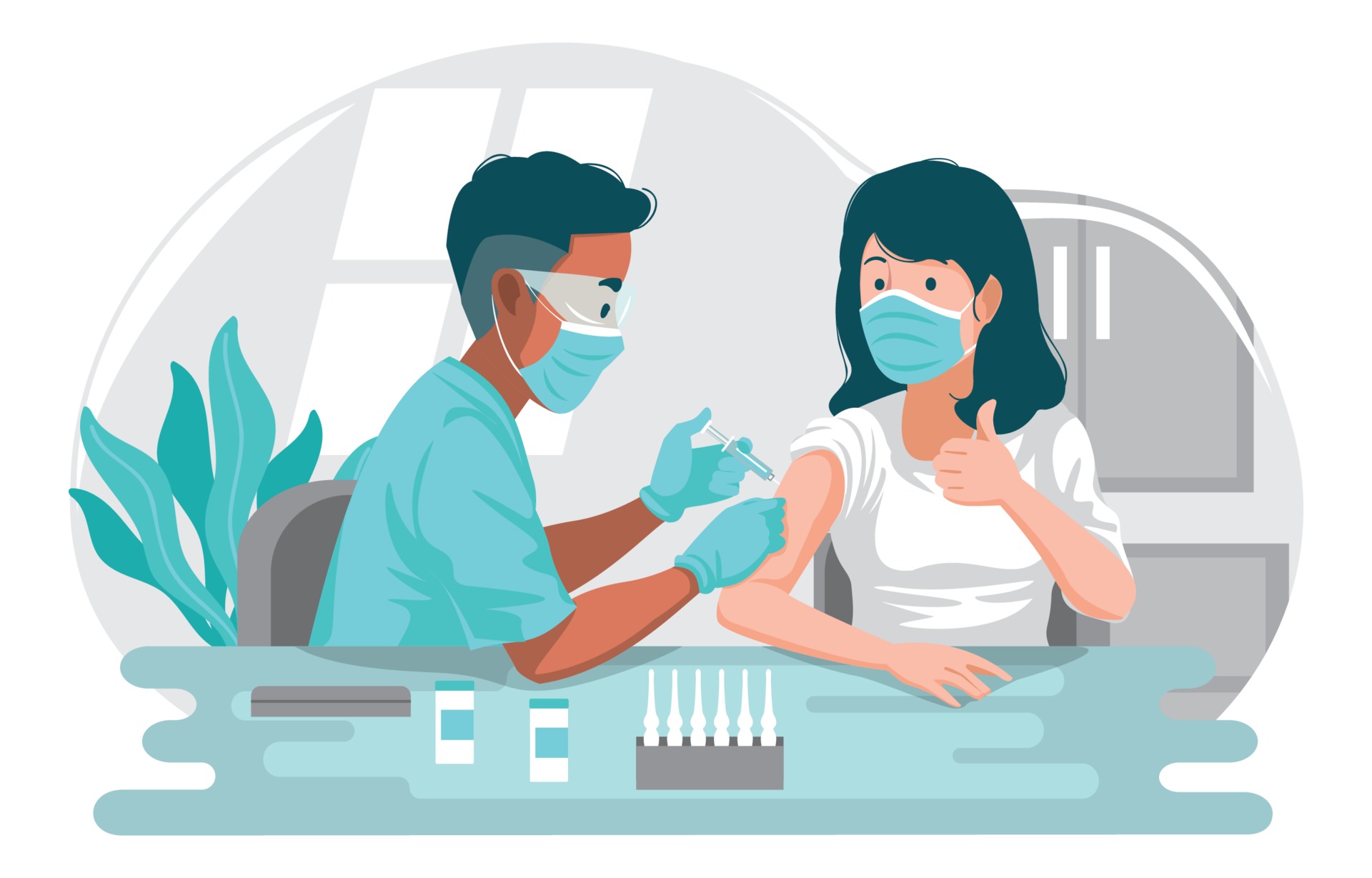 5. Can mRNA vaccines change our DNA?

No, messenger RNA cannot interact with our DNA because it cannot enter the nucleus of our cells. It remains in the cell body where it is read and quickly broken down (taking a few minutes to a few hours).

6. Do mRNA vaccines have side effects?

Every drug has potential side effects. The activation of the immune system causes typical reactions after a vaccine: pain at the injection site, fatigue, headaches, fever, and muscle or joint pain.

To date, the benefit-risk balance of messenger RNA vaccines is excellent with hundreds of millions of people vaccinated without any notable side effects.

The risk of severe effects is significantly higher with a coronavirus infection than with a messenger RNA vaccine.

7. What are the advantages of mRNA vaccines?

Because no living organisms are used, messenger RNA vaccines are easier and faster to develop than traditional vaccines. This is because attenuating or inactivating viruses or bacteria requires cell cultures or embryonated eggs and these processes are slow and costly.

Secondly, RNA vaccines are more easily adapted to variants; all that is required is to change the RNA sequence.

8. What are the drawbacks of mRNA vaccines?

Apart from their relative newness, the main drawback of RNA vaccines is their low stability: RNA is fragile and breaks down very quickly. These vaccines are also difficult to store.