International Health insurance in the USA

Discover how the system works in the USA

Even if the cost of medical expenses is very high in the USA, there isno local healthcare insurance systemas such. However, there is a public system intended for a certain category of people which is divided into two different programs: Medicaid and Medicare.
Medicaid is intended for impoverished people and families (around 11% of the population) while Medicare covers people over the age of 65 and the disabled (around 15% of the population).
The rest of the population has no choice but to take out private health insurance, either via their employer or on an individual basis.
A significant share of American people are not covered by any insurance plan as they earn too much to be able to benefit from Medicaid but not enough to afford private individual insurance.

In 2009, with a view to implementing a “fairer” healthcare system, President Obama presented hisnew reform on the American healthcare system (ACA, Affordable Care Act). This reform has been implemented progressively and aims at enablingall Americans to access medical care and to benefit from basic health coverage.

Visiting a doctor in the USA

American GPs see their patients in their office or in private clinics and, in general, from Monday to Saturday, from 8.30 am to 6.30 pm. Certain clinics are also open on Sunday.
If you havetaken out private insurance, you can only see a doctor who belongs to the medical network of your private insurance. He/she will become your treating doctor.
During the consultation, you will be treated by a nurse who will check your blood pressure, ask you if you are currently on medication and ask you to describe your symptoms. You will then wait for the doctor to examine you in a small room. In general, doctors take care of several patients at the same time and consultations only take a few minutes (10 to 15 minutes maximum).
Consultation fees vary depending on whether you are insured or not. Therefore, do not be surprised if one of the first things you are asked when making your appointment is to know if youhave health insurance, and which insurance, since fees vary from one insurance plan to another. For the same service provided, consultation fees vary from $80 to $300 on average.

Specialist doctors in the USA
In the case of a more specific disease, your treating doctor will refer you to aspecialist from the medical network of your insurance company. These doctors are called “in-network” doctors. If you see a specialist doctor without being referred by your treating doctor and/or an “out-of-network” specialist, you will most likely receive a lower reimbursement from your insurance company.
As is the case for GPs, consultation fees with specialists vary significantly. Most of the time, fees are higher for consultations with specialists than consultations with GPs. Fees may start from $150 and reach excessive amounts (around $300 for a consultation).

Being admitted to hospital in the USA

There are three types of hospitals in the USA:

Public hospitals where you can be admitted without having an insurance plan. Still, they are not free. If you are not covered under an insurance plan and you have to pay a significant amount for your medical expenses, hospitals may allow you to pay by installments. In all cases, you will have to pay the entire bill.

American private hospitals
As is the case for consultations with GPs, you will be asked to show your insurance card before any medical procedure. Consultations are conducted in the same way as consultations with GPs: a nurse provides the initial medical care, and then the doctor sees the patient or the planned surgery is performed. In general, there are emergency services in order to see a doctor as fast as possible, who will then refer you to the appropriate department following the diagnosis.
The bill will be sent later on for this service and is usually very high.

Walk-in-clinics operate in the same way as consultations with GPs. There are more and more walk-in-clinics becoming available in the United States. They are slightly cheaper than hospitals and also provide emergency services.

In case of emergency in the USA: call 911 for rapid intervention.

Buying medication in the USA

Drugs can be bought in pharmacies which are often located within supermarkets and different store chains. There are many pharmacy chains in the USA.
As is the case for consultations, drugs are very expensive. The cost of generic drugs is often lower but they need to be specifically indicated on the prescription in order to be delivered.
In the United States, drugs are delivered on a personalized basis: you will receive the exact number of pills or capsules needed depending on the duration of your treatment.
As for over-the-counter drugs, they can be bought in specific shops and in supermarkets.

Get your health insurance for the USA

Going for a year or more?
Explore ourcomprehensive and highly flexible health insurancesolutions to protect you and your family while you're abroad.
Get your quote in just a few clicks!

The USA on Wikipedia

Client story: I woke up to MSH
Rachel lives in Togo and has been with MSH since 2002. After routine surgery, she fell into a coma that lasted 2 months. Her hospitalization cost more than 200,000 euros - but it was all covered by MSH, without her having to get involved. Thanks to the reactivity of the team and their smooth handling of the situation, Rachel's family were able to avoid any extra stress - as was Rachel when she woke up.
DISCOVER THEIR STORIES
Client story: they were there for my baby
Laure and Robert moved to Singapore in 2014 for work - but they ended up starting a family there too! She told MSH that she was pregnant and was amazed by all the support she got. First she received a practical guide on pregnancy (what to do at each stage, medical exams etc.) and then a member of the team called her to explain all her guarantees personally and advise her on the best place to give birth. The day her daughter was born, a gift pack arrived with a growth chart and a baby toy, with all good wishes from MSH. And now there's another one on the way...
DISCOVER THEIR STORIES
Client story: The right decision
Bill and his family are based in Brazil. Unhappy with his previous insurer, Bill switched to MSH in December 2015: "One of the best decisions I've made since I've been here", he says, "for the level of service and the breadth and quality of the network."  Bill's insurance card is now recognized by the biggest and best hospitals in Sao Paulo. He even gets third-party payment for simple hospital tests without needing prior agreement: "MSH makes life easy", says Bill.
DISCOVER THEIR STORIES

Find out about other countries' healthcare system 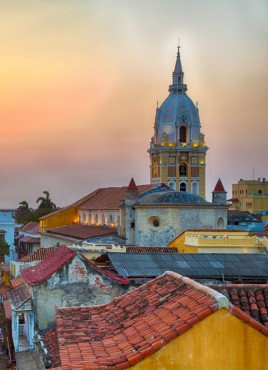 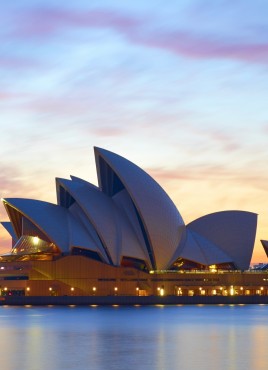 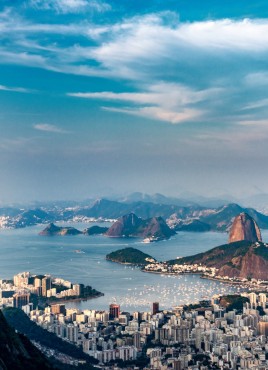 AmericaInternational Health insurance in Brazil
Want to learn more?
Find the right plan for you in just a few clicks
Get a quote
All FAQs
Find answers to frequently asked questions by customers across the globe
All FAQs
Contact our team of specialists
We're here to help you 24/7 in your language
Contact usGet a callback